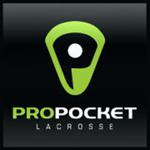 All players who are NOT facing off stand behind the restraining line. The ball is live after the whistle.

We play a 30-second Shot Clock. In BB Sportsplex there are no shot clocks so referees use a 30-second timer with an audible buzzer. It works very well.

Boarding
Boarding is any attempt to body check or propel a player with or without the ball into the boards. Boarding is considered any check of this manner within 5 feet of the boards.
Boarding Penalty Guidelines individual player per game.
1st infraction will result in a 2-minute releasable penalty. Depending on the severity of the boarding it could result
in a game ejection.
2nd Infraction of the same player will result in ejection and or season-ending suspension if sever enough.
3rd Infraction will result in a season-ending suspension.
**Loose Ball Exception Around Boards** Players CAN play the ball within 5 feet of the boards during a loose ball. The Player may not use excessive force to bump, hit, press, or pin the player during this loose ball situation.

Picks / Screens
Picks and screens are allowed in Box lacrosse as they are in outdoor lacrosse. The only difference in
Box is that you can shuffle your feet to block players getting by AFTER you set your feet initially. Picks/Screens cannot be set to the back or blindside ever.

All subbing is on the fly and through the sub box. Once you touch the wall or net with a stick your teammate can jump out the other door. You can sub after fouls and goals as well. You must sub through designated doors.

Exemplary sportsmanship is required by all players and parents participating in the CBLL. Please remember we are all playing this game to have fun, get better, compete, and get ready for a successful spring season. Please support the directors, referees, and coaches in promoting only good hard, and fair play.

Checking:
1. Cross-checking (checking with your stick between the hands) is legal UNLESS it is done a) with excessive force, or b) against a player NOT carrying the ball. It must be between the hips and shoulders ONLY.
2. Slashing is striking the opposing player in the usual illegal areas (head, neck, leg, back, crotch).
3. High Sticking is raising your stick above the shoulder of the opponent.Over-the-headchecking and pencil checking are illegal in box lax.

4. All checking fouls will be called as major or minor ouls, depending on severity.

A minor or major penalty shall be assessed to a player/goalkeeper who while in the process of shooting or passing, follows through with the stick and slashes an opponent. Should a goal be scored on the shot, the goal shall be awarded and the penalty assessed. Unintentionally striking an opponent who is moving into the range of the follow-through of a shot or pass should not be penalized.

Warding:
1. Warding, the act of pushing the defenseman’s stick out of your way, is legal in box lacrosse. However, if the offensive player grasps the defender's stick or body, this is a (technical) foul called a player control foul.
2. Grasping an opponent's stick while the ball is loose is a player control foul. Player control rules apply during face-offs.

Charging:
1. While a pick setter is allowed to move his feet after setting a pick, interfering with a defensive player without first setting the feet is a penalty. Interference (technical foul) or charging (minor foul) are called, depending on the severity of the infraction.
2. Offensive charging is called against an offensive player using his head to butt or attack his defender.

NOTE: A check from Behind is defined: intentionally pushes, body-checks, illegally cross-checks, or hits an opposing player from behind anywhere on the floor; the intensity of impact affects only the type of penalty assessed.

Boarding:
1. No contact is allowed within 5 feet of the boards. Pushing (minor foul) or Boarding (major foul) will be called, depending on the severity.
2. Hitting a player from behind and propelling them into the boards is EXTREMELY dangerous, a major misconduct foul, resulting in a 10:00 penalty and ejection. No exceptions.

This is a safety issue and must be enforced, players are very vulnerable when they are attempting to pick up a loose ball and they must be protected.

1. When the ball is loose, all players must play only the ball. Never can there be any bodily interference with a player attempting to pick up the ball. The severity of the interference will determine the penalization. Less severe would be a possession call. A ‘take out’ hit would be a minor or a major penalty, and finally a Match penalty can be assessed for hits that are determined to be an Attempt to Injure.

Unnecessary Roughness:
1. Unnecessary roughness can be called for any unsafe play or conduct, resulting in minor, major, or major misconduct penalties.

We appreciate your support and as always....Play With Passion – SIDEWINDER LACROSSE